The Third Man by Graham Greene
My rating: 4 of 5 stars


“It was not the face that was familiar, for he could not make out so much as the angle of the jaw; nor a movement, for the body was so still that he began to believe that the whole thing was an illusion caused by shadow. He called sharply, ‘Do you want anything?’ and there was no reply. He called again with the irascibility of drink, ‘Answer, can’t you,’ and an answer came, for a window curtain was drawn petulantly back by some sleeper he had awakened, and the light fell straight across the narrow street and lit up the features of Harry Lime.”

Confession: I read this for my Contemporary British Literature class.

Second confession: I enjoyed it much more than I thought I would.

The book opens in post-WWII Vienna, where the country is divided into different zones owned by each of the Allies. When our main protagonist, Rollo Martins, arrives in Vienna to pay a visit to his old friend, Harry Lime, the trip takes a sudden unexpected turn – as Martins finds out that Lime was run over by a car and killed. Martins, wanting to say goodbye to Lime, goes to the funeral, where he meets the narrator of the story, a policeman called Calloway. Calloway and Martins go out for a drink, where Calloway reveals that if Harry were still alive, he would be in prison for racketeering. Martins, taken aback, decides to investigate this and prove the police wrong. When Martins and Calloway get together later, however, Calloway reveals that Lime was found out to have been the head of a group of people supplying penicillin to children in a hospital, who either suffered mentally as a result or simply died. Martins leaves, only to find out that Lime is actually alive and faked his death to elude the police. Martins and Calloway then set up a plot to apprehend him, and in the end, Martins kills his former friend, avenging all the children Lime harmed.

Okay, I admit a murder mystery is not my usual cup of tea, and this was somewhat unfamiliar territory, given the time period in which the story takes place. That said, I was grabbed by the story very early on. There was something alluring about Lime’s character, and the circumstances surrounding his supposed death. The dichotomy between Lime’s mysterious persona and Martins’ rather straightforward and curious character made it easy to be intrigued by the story surrounding them, especially after Lime is revealed to be alive and we see them interact more.

Martins is a bit different in the film than the book (being American in the film and his first name being changed to Holly). Martins is the kind of character that I often think will annoy me when I start reading. He comes into the story with very little personality of his own, and his main attributes seem to surround drinking too much and writing cheap novels, which both book and film show. That said, I can easily forgive this type of character if the characters or plot surrounding him are interesting enough (similar to what I say of Richard Mayhew in my Neverwhere review). That said, I do like how the whole mystery surrounding Lime causes Martins to struggle with how he feels about his old friend. Should he still care about Lime, as his friend, or should he forget the friendship and apprehend him? I enjoyed seeing him struggle with coming to terms with the fact that Lime is a criminal, even feeling haunted by his final decision to kill him.

“‘Then he began to whimper again. I couldn’t bear it any more and put a bullet through him.’

Martins said, ‘I never shall.'” 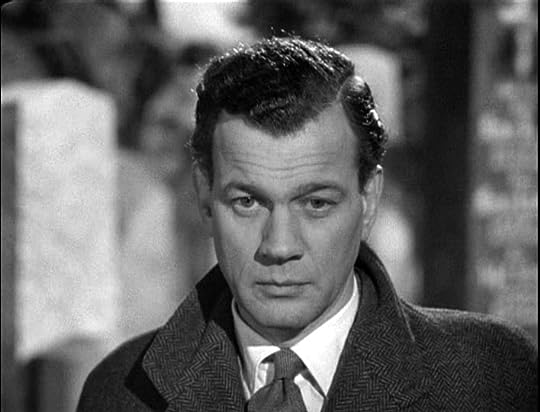 Before I go on, I want to give mention to this story’s sort of femme fatale, Anna Schmidt, Harry Lime’s former lover. She comes across as an independent woman who, in the beginning, was just saddened by Lime’s death, and wished to die herself. But once she finds out what Lime had done, like Martins, she is shocked, and angry, and Calloway notes that Anna mostly comforted Martins and not the other way around like one would expect to happen given the story’s post-WWII setting. To me, this shows that Anna, as a character, was way ahead of her time and strong in her own right.

“‘But can you understand how Harry – your Harry, my Harry – could have got mixed up ….?’ He said hopelessly, ‘I feel as though he had never really existed, that we’d dreamed him. Was he laughing at fools like us all the time?’

‘He may have been. What does it matter?’ she said. ‘Sit down. Don’t worry.’ He had pictured himself comforting her – not this other way about.” 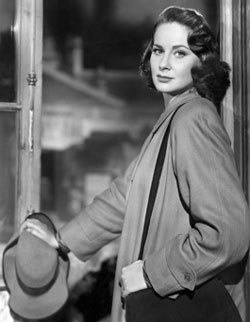 Moving on to the narrator, Calloway came across as someone who was just trying to do what was right. Usually this type of narrator, as a character in the story, has little personality of his own (think Nick from The Great Gatsby) but, as a participant in the story, we do see his value. In writing down what happened with Martins and Lime, he makes it clear that he wants justice to be served and the world to know how the story came to a close, like a reporter. This reporter role is cemented when he mentions, from time to time, what Martins would later tell him about an event he was about to recount. It drove home the impact of the events of the story on both Calloway and Martins, and set up their eventual teaming up to catch Lime.

He had given me back the photographs of the children and they lay on my desk. I could see him take a long look at them. ‘Yes,’ he said, ‘I agree.'” 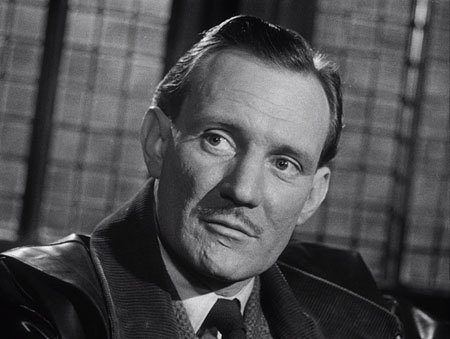 Finally, I want to talk about Lime a bit. As I said in the summary, we don’t really get to see him and who he is until later in the story. Up to that point, we only have what other characters say about him, and we learn his terrible secret along with the characters in the story. Once we do actually see him, the jury is up on who he is as a person. From then on, he shows just how far he is willing to go to evade the police and the repercussions for his actions. And yet, there is a certain charisma about him that makes it hard to completely, flat-out despise him. I didn’t like him, far from it, but I am willing to admit that there is something about him, even after we know who he is, that is charismatic enough that I don’t completely despise him. He is completely twisted, but we see where he is coming from – disturbing as it is – being in post-WWII Vienna, and living in ruins and despair.

‘Oh, I still believe, old man. In God and mercy and all that. I’m not hurting anybody’s soul by what I do. The dead are happier dead.'” 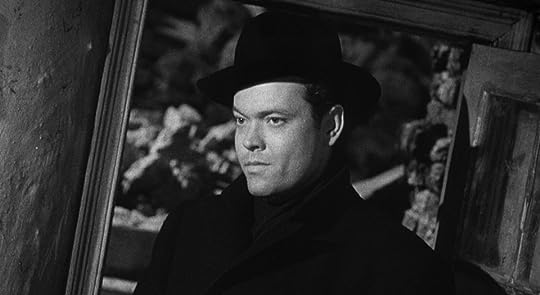 And since those are the main players in the novella, let’s move on to structure. In my copy of the book there is a preface where Greene admits that this book was written as a sort of rough draft for the movie about to come out (the movie is, he admits, the final product). Usually, these types of stories (the kinds that you know are just waiting for that film adaptation of the story being told) don’t really sit well with me, because I feel that they often get weighed down by the author’s desire to have it adapted, almost like they are writing a screenplay and not a story. As for this book, I did feel like there were little subtle touches that told Greene was going to have it adapted. Luckily these little touches are few and far between and don’t detract from the story very much at all. For example, the quote which opens this review can very easily be adapted, as we know it was, but I did not really have a problem with how it was written, because I felt like the moment fit the story in the book and was not just there because of the coming movie. I think that was because I found the story compelling enough on its own that the movie adaptation was really far in the back of my mind when I read it.

Finally, I want to talk a little bit about how the book compared to the film. I usually give the argument with books that were made into movies that the book is usually better, and I think I am in the minority when I admit that I thought The Third Man was more compelling as a book than a movie. I am biased in that I usually don’t really like watching black and white films (simply because, for some reason, it is hard for me to catch everything said by the characters) and it makes it hard for me to process fully what is happening in the film. But this is not the only reason I prefer the novella. I also liked how there was a great sense of tension in the novel, which I felt the film somewhat lacked. I do admit that this is an entirely biased view on my part, and I do understand why the film is as loved as it is – I just prefer the book and, if you want to watch the movie, I do recommend picking up Greene’s work first. It is a fascinating and refreshing take on a murder mystery.