Anansi Boys by Neil Gaiman
My rating: 3 of 5 stars


“It begins, as most things begin, with a song.
In the beginning, after all, were the words, and they came with a tune. That was how the world was made, how the void was divided, how the lands and the stars and the dreams and the little gods and the animals, how all of them came into the world.”

Heh. I’m a little torn on this.

This should be interesting.

So, let’s break it down a bit.

“Fat” Charlie Nancy lives a normal life, with his fiancee, Rosie, and works for a temp agency run by a man named Grahame Coats. That is, it would be normal, if his father, Mr. Anansi Nancy, weren’t a total embarrassment to him. Then, one day, seemingly out of the blue, Mr. Nancy dies, and Charlie has to go to the funeral. It is only after the funeral that a family member lets slip this crucial piece of information:


“‘But you can’t judge him like you would judge a man. You got to remember, Fat Charlie, that your father was a god.'”

That is where it starts, as Charlie sees a spider in the bathtub, rescues it and apologizes to it, and soon starts to notice this strange man who is following him around shortly afterward. Meet Spider, Charlie’s brother that he never knew he had, who comes with his own stories and secrets about their family and the world Charlie’s father lived in. I guess I’ll start with him.

Spider seems to be completely normal at first, friendly and willing to be there for Charlie now that he has met him for the first time in a long time. They go out for drinks, Spider sings, and they mourn their father’s death together. It is only afterward that things start to go downhill, and I somewhat started to dislike Spider. He starts to sabotage his brother’s life, having fallen deeply in love with Rosie, and pretends to be Charlie, and here I started to realize what he really was. Not who, what. And I want to talk about what exactly bothered me about Spider’s execution, while on the topic of his character. Fair warning, a major spoiler to follow, but I need to do it to explain where Gaiman lost me a bit on his character.

Spider’s powers, as a god, are not well-defined. I called him being a god not that far into the story, but we’re never directly told what these powers are. Somehow, he can sabotage Charlie’s ride home (so a house only ten minutes away is so hard to get to that it takes all night for Charlie to get there), he can fool Rosie into believing he is Charlie (when, I should note, they look absolutely nothing alike), and he can get into Charlie’s boss’ computer, which requires a super-secret password to access, in ten seconds or less. Those are the main powers he uses throughout most of the story, but since we don’t know exactly where Spider came from, and thus don’t know the exact nature of his supernatural abilities, it’s hard to state exactly what he is able to do. We see it, but there’s no word for it, and that honestly bothered me.


“Until now Spider had believed that gods were different: they had no consciences, nor did they need them. A god’s relationship to the world, even a world in which he was walking, was about as emotionally connected as that of a computer gamer playing with knowledge of the overall shape of the game and armed with a complete set of cheat codes.”

Anyway, moving on to Charlie, the main protagonist of the story.

Gaiman executed his character better, if I’m being honest. I ended up liking him quite a lot. He’s a good person who just wants a normal life with Rosie (which his life never was), but I like how he slowly comes to terms with the fact that he’s not in a normal situation, and learns to accept who he is and who Spider is. I like how Charlie eventually starts to realize that he cares for Spider, and doesn’t want him to get hurt, not really. He just wants to be normal, and I like how he eventually learns to accept that he’s not, given his family line. Spider was never normal, Anansi Nancy was never normal, so why should Charlie be? I like that message. After all, gods are not normal and they impact the lives of those they love, so there’s no longer anything normal for Charlie.


“He went along the corridor to the tiny spare room at the back of the house and looked down into the gardens below. The dawn chorus had begun, and he could see blackbirds, and small hedge-hopping sparrows, a single spotted-breasted thrush in the boughs of a nearby tree. Fat Charlie thought that a world in which birds sang in the morning was a normal world, a sensible world, a world he didn’t mind being a part of.”

Now, I need to switch gears a bit and talk about a character that you may be surprised to learn is important. Charlie works at a sort of temp agency under the bigwig Grahame Coats. And I absolutely loathed this man. I have never had such a strong reaction to a character, even one I hated. Gaiman really did a fantastic job making Coats absolutely detestable. He is nothing but a sleazy, calculating and cruel, manipulative, and horrible person.


“Grahame Coats smiled at her in exactly the same way that striking cobras tend not to. ‘Absa-tively. If you go to the police, then I will deny everything, and hire excellent lawyers. In a worst-case scenario, after an extremely lengthy trial, during which I shall be forced to blacken Morris’s good name in every way I possibly can, I will be sentenced at most to ten to twelve years in prison. I might actually serve five years, with good behavior – and I should be a model prisoner. Given the general overcrowding of the prison services, I’d serve most of my sentence in an open prison, or even on day release. I don’t see this as being too problematic. On the flip side, I can guarantee that if you go to the police, you will never get a penny of Morris’s money. The alternative is to keep your mouth shut, get all the money you need and more, while I buy myself a little time to… to do the decent thing. If you see what I mean.'”

I should mention that, at that point, I had written down a very profane statement about Coats. It was fun to trash him, given that I cussed at practically every word out of the man’s mouth. But still…

I have never, ever gotten so angry over a fictional character to the point where I was writing down my horrible thoughts in my notes. And this isn’t even covering the fact that we eventually learn that Coats is not above murder and false imprisonment!

I hadn’t even gotten to that point and I already wanted Coats to go jump into the fiery depths of hell!

And this is putting it lightly. God, I hate this character.

I need to step away from this guy, because, yet again, I could go on and on. (American Gods gave me that feeling, too.)

One of the major reasons why this book is three stars and not four or five lies mainly in the setting. Usually (or at least lately) when Gaiman sets a novel in the real world it is to his detriment ( The Graveyard Book is seemingly the only exception to this rule, and that only because the world was our own, but it was a setting we don’t live in). His world-building of the fantasy places is so beautifully crafted that it makes his real-world settings seem dull in comparison. It makes the fantastical elements feel somewhat out of place, although I do see what Gaiman was going for in setting the story up that way. A god lives among the inhabitants of England and they don’t even know it. It is clever, but it really didn’t add to my enjoyment of the story, it didn’t add anything meaningful for me.

Moving on to structure, the way the story was set up wasn’t bad, but at the same time, it wasn’t perfect, either. Often, Gaiman layered certain scenes, one on top of the other, within one chapter. There was a lot happening, I was only rarely bored, but I felt like there was a sort of dead spot in the middle of the story. Where this dead spot occurred the only real concern was Charlie’s engagement to Rosie and whether it would work out or not. I feel like, even though it was still there, the fantasy of the story (which is Gaiman’s strength) was shoved into the background for a bit, not entirely forgotten, but not fully explored. I mean, the only way that worked was when it was centered on Grahame Coats, but even then I was wondering more about the fantasy world (which came out later and was thus a little rushed).

I only have one more quip with structure and then I’ll try to wrap this up. Toward the end, when I pretty much knew that Coats was the story’s big bad, there’s this scene where he turns into the Tiger mentioned in Anansi’s stories. And I have to ask, what is this man’s connection to Anansi? Is he the Tiger from the story, or simply an ordinary tiger? How did the tiger who got trapped in the end not turn out to be Coats and instead he was a small weasel-thing in the cave?

Even with all these questions, though, I didn’t hate this story. I actually enjoyed it, even if it lacked a certain finesse of one of Gaiman’s original fantasy worlds. Overall, it was a gripping story with a fairly decent setup. I would recommend it to any Gaiman fan. 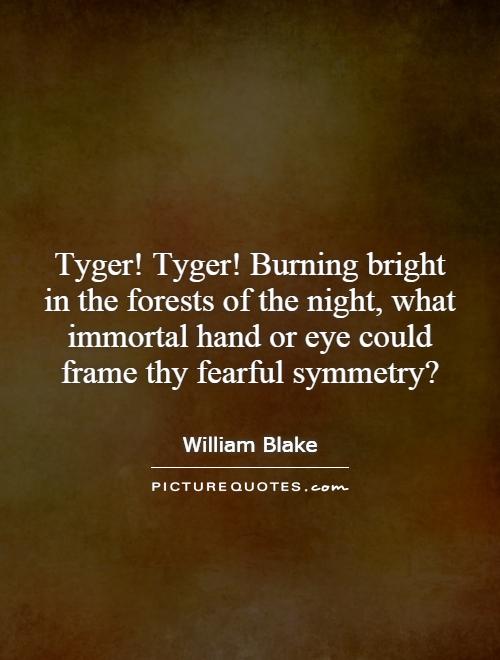 I kept thinking of this when the Tiger appeared.