American Gods by Neil Gaiman
My rating: 2 of 5 stars


“‘Gods die. And when they truly die they are unmourned and unremembered. Ideas are more difficult to kill than people, but they can be killed, in the end.'”

The Gaiman Galleries has been really fun so far. The most intriguing thing about the work I’m doing is finding out how each fantasy element Gaiman sets up works within the story, discovering how the main protagonist interacts with it and how it changes him or her as a character.

I am ashamed to say that the structure I was looking for was not in this book, and that is the main reason I am DNF’ing it. I don’t mind a little weirdness in a Gaiman book, such as that in Stardust or The Ocean at the End of the Lane, but there was structure in those stories, very clear structure, and it made me want to read on in both of them.

Where did the incredible world building I love, and have honestly come to expect, go?

In the story, a young man named Shadow is released from prison after doing time for three years. Shortly before he is released, his wife dies in a car crash, and on the way back home, Shadow meets an eccentric man named Mr. Wednesday, and is hired to be a sort of personal assistant for him. We follow Shadow as he works for his boss, but we don’t learn anything about what exactly Mr. Wednesday wants, or why he even needs Shadow.

It is hinted in the story that Wednesday could be a bad guy, but it’s glanced at and that’s really it. Shadow doesn’t wonder about it after he questioned his boss, and we see nothing else. At least, with what I read.

One of the major things that bothered me about this story is that we don’t even get the slightest hint as to how the supernatural works in this world. I know Gaiman never, in any of his works, just comes right out and says it, but here I didn’t even get small hints as to how it could work. Random supernatural events just seemed to happen out of nowhere and then get tossed aside and not looked at again.

The best example I have of this (this event really bugged me) involved a random man who was in the story because reasons. His arc wasn’t even hinted at in the story when we first meet him. Anyway this man goes back to his hotel after a meeting that never came to be, and he talks to the cabbie, who we quickly discover to be a jinn, and a lonely one at that. The man invites the jinn to hang out with him in his hotel room, and what do they do? They make love. After they, literally, just met.

How do genies even make love? Does he have some sort of magical penis that shows up when he wants to go to bed with somebody? And aren’t genies usually attached to a lamp of some kind, or usually a prisoner of something? How did the jinn have the time and ability to meet this man in the hotel room? What happens when the mortal man gets an erection? 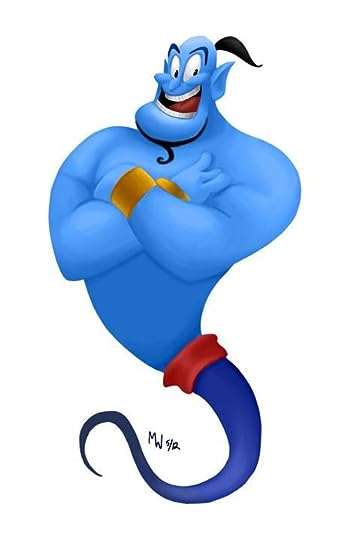 I don’t see a penis here! How would he make love?

I need to step away from this, because I could go on and on. We do get hints as to what Wednesday is up to. There seems to be a war coming, and Shadow is not sure which group to trust. He’s kidnapped by the people who claim to be the good guys, but this just blurs things even further. And why exactly are these groups fighting? We don’t get hints to that, either.


“‘But I can assure you,’ said Stone, with another smiley smile, ‘we are the good guys.'”

Well, gee, you just kidnapped Shadow! Sure we can trust you, you’re just lovely, aren’t you? Facepalm

And in between all this, Shadow is told to follow Mr. Wednesday from place to place, and nothing of much significance happens. He meets people, sure, but when Wednesday’s not around, I didn’t see how the people Shadow met were important. We see him make friends, but they seemed to be merely extraneous characters with minimal impact on the story. 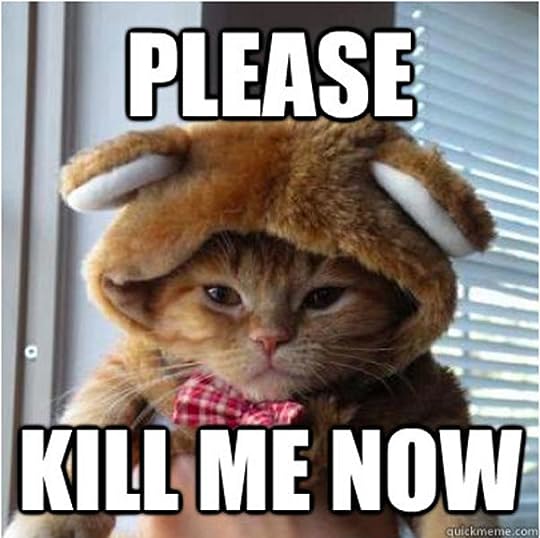 And, on top of it, we get no answers to any of the big questions. What is the war about? How did it start? What, exactly, is the goal of that other group? It’s mentioned multiple times that there’s a storm coming – can we start acting like it? Will Shadow ever be clued in to what is going on?

Honestly, at this point, I don’t want to find out. I just don’t care. This book needed to be significantly cut down. Otherwise, it reads like a novel with minimal direction and zero structure, something crucial to a good story.

I wish I had liked it better.


“‘I think,’ said Shadow, ‘that they think they’re the white hats.’

‘Of course they do. There’s never been a true war that wasn’t fought between two sets of people who were certain they were in the right. The really dangerous people believe that they are doing whatever they are doing solely and only because it is without question the right thing to do. And that is what makes them dangerous.’

‘And you?’ asked Shadow. ‘Why are you doing what you’re doing?’

‘Because I want to,’ said Wednesday. And then he grinned. ‘So that’s all right.'”

Great. A quote that could have been profound doing a complete 180. Better luck next time, Gaiman.