Stardust by Neil Gaiman
My rating: 3 of 5 stars

Confession: I wanted to like this more than I did.


“It’s not hard to own something. Or everything. You just have to know it’s yours and then be willing to let it go.”

When a young man, Tristran, falls in love with the young Victoria Forrester in the village of Wall, he will do anything for a simple kiss from her. Victoria, not so keen on kissing him, watches a falling star in the night with him. And she gives him a quest: find that fallen star and bring it back here and I will give you anything you desire.

What follows is really a quest straight out of a medieval literature text and fairytale, complete with witches and the spirits of the dead being able to communicate with their living brothers at their dying father’s bedside. We get to see how all of these seemingly extraneous events intertwine with Tristran’s quest, and I have to admit, I was excited to see how it all came together.

The only thing missing was Tristran being knighted and slaying a fire-breathing dragon!

As with all of the Gaiman books I’ve read thus far in this project, the world building was very well done. I actually felt like I was in the middle of the magic forest of Faerie in which the book is set. Gaiman’s ability to construct these beautiful, dangerous worlds and then let the world interact with the characters is one of his greatest strengths in writing. I mean, just the way the setting is described is so wonderfully detailed and carefully thought out.


“Below Wall on the west is a forest; in the south is a treacherously placid lake served by the streams that drop from the hills behind Wall to the north. There are fields beyond the hills, on which sheep graze. To the east is more woodland.
Immediately to the east of Wall is a high grey rock wall, from which the town takes its name. The wall is old, built of rough, square lumps of hewn granite, and it comes from the woods and goes back to the woods once more.”

This is just in the beginning, but once Tristran is able to get beyond Wall to find the fallen star do we start to see more fantastical elements in the world of the story. This is probably a good time to talk about characters, because they are huge components of these fantasy elements.

The star turned out to be a young woman, named Yvaine, once she fell to the earth. She is ultimately a rather mysterious character, following Tristran even though she technically does not like having to do so. In the beginning, she is Tristran’s slave and little else, and it’s no wonder she resented him in the beginning. The main quip I have with her occurs toward the end of the story. Tristran saves her life, and as a star, she is then bound to him in a different way, who has to now follow him, and that makes sense, but when things don’t work out between Victoria and Tristran, Tristran realizes out of nowhere that he is in love with Yvaine. I wouldn’t normally have a problem with something like this – a whole journey together gives them a lot of time to bond and get to know each other – but I didn’t see any of those hints of a budding romance that is essential to making it work. As such, it felt a bit forced, even if I did like how Yvaine got an ending she could be happy with as a star and a human being. It was nice to see her grow from his slave to his friend, though, even if it was forced.


“She was to the southwest of him, moving faster than he could walk. He followed after her in the bright moonlight. Inside, he felt numbed and foolish, stung by a pang of guilt and shame and regret. He should not have loosed her chain, he should have tied it to a tree; he should have forced the star to go with him into the village. This went through his head as he walked; but another voice spoke to him also, pointing out that if he had not unchained her then, he would have done it sometime soon, and she would have run from him then.” 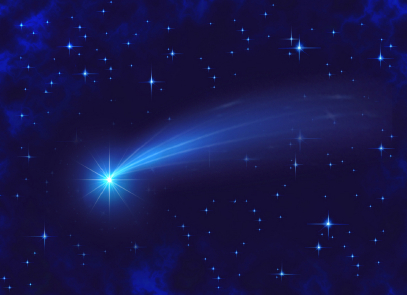 Tristran, the main protagonist of the story, takes on the role of a young man who has fallen in love and, being the young naïve kid he is, will do anything to earn the hand of the woman he loves. This sets forth a journey that, at first glance, seems to be only for the woman of his affection, but actually turns out to be a journey on which he grows as a person. We see him start to understand what he really wants as he grows on this journey and he sees how the world around him works. I will say that Tristran’s character was not fleshed out enough in the beginning, because he did not seem to have any other goals besides marrying Victoria, and the end of the story tries to resolve this once he marries Yvaine, but it wasn’t his choice. He was given the Power of Stormhold and didn’t seem to have much say in the matter, and that bothered me a bit.


“‘You will make a fine Lord of Stormhold.’

Tristran stared at her in honest puzzlement.

‘But I have no wish to be a lord of anywhere,’ he told her, ‘or of anything, except perhaps my lady’s heart.'”

Finally, I want to talk a little about the witches. The witches were bound by a Sisterhood, and they desired Yvaine’s heart in order to stay immortal and young (even though that’s the last thing they were). The witches, again, were not fleshed out enough to stand entirely alone, but this is okay because as a whole they make up this sinister force that Tristran and Yvaine must evade if Yvaine is to stay alive. And, despite all they did to harm Tristran and the star, I like the way their angle was tied up, with Yvaine meeting one of them and coming to realize that the old woman was just a character who was scared by the Sisterhood, and no longer wanted to hurt anyone, because she had seen how much damage the Sisterhood had caused.


“‘So what I want to know is why it is that I can no longer find you, in my mind. You are still there, just, but you are there like a ghost, a will o’ the wisp. Not long ago you burned – your heart burned – in my mind like a silver fire. But after that night in the inn it became patchy and dim, and now it is not there at all.’

Yvaine realized that she felt nothing but pity for the creature who had wanted her dead, so she said, ‘Could it be that the heart that you seek is no longer my own?’

The old woman coughed. Her whole frame shook and spasmed with the retching effort of it.

The star waited for her to be done, and then she said, ‘I have given my heart to another.'”

Do you think the witches were imagined to look like this?

The structure of the story felt a little disjointed at first, what with each new chapter starting out anywhere but where the previous one left off, but again, Gaiman brings it all together masterfully, and neatly ties up all the angles. The only problem with this tactic is that I feel like the story would have really benefited from him leaving a few loose threads, just to give the reader something to ponder over at the end. I think that’s why I’m giving this story three stars rather than four or five. It was just too neat for me, and I felt like he could have left me really thinking things over a little more if he’d left it open.

All in all, though, I did enjoy it, and I can’t wait to see what else Gaiman has up his sleeve.