Coraline by Neil Gaiman
My rating: 2 of 5 stars


“The mist hung like blindness around the house. She walked slowly to the stairs up to her family’s flat, and then stopped and looked around.
In the mist, it was a ghost-world.”

ARGH. I wish I could say I enjoyed it, it captivated me, it was terrifying – whatever. There’s only one word I can use for this reading experience, and I’m almost ashamed to admit it – underwhelming.

You know the story: Coraline is bored with her life and she finds a door in her flat that leads to the Other world – there is the Other Father, a black cat who talks to her, and the Other Mother, who wants to sew buttons on her eyes and keep her forever until she is a soulless wisp.


“‘She will take your life and all you are and all you care’st for, and she will love you with nothing but mist and fog. She’ll take your joy. And one day you’ll awake and your heart and soul will have gone. A husk you’ll be, a wisp you’ll be, and a thing no more than a dream on waking, or a memory of something forgotten.'” 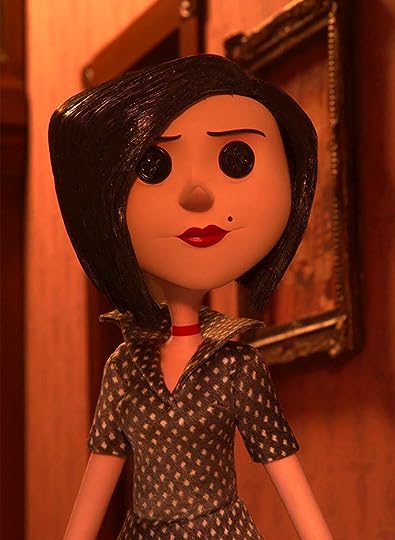 The Other Mother, as beautiful as ever.

It’s the classic setup: this Other world seems perfect at first, but is soon revealed to be nothing but darkness and evil. I’ve seen this type of setup so many times now…. Maybe I’m jaded, but I saw it all coming, and it just didn’t click with me – I didn’t feel the dread and anticipation I know I was supposed to feel. I decided not to read at night in case it scared me – which it didn’t. I wanted to be blown away – I wasn’t.


“Coraline patted its hairless head. Its skin was tacky, like warm bread dough. ‘Poor thing,’ she said. ‘You’re just a thing she made then threw away.'”

I get it. It’s supposed to be incredibly sad, incredibly creepy. And there was a moment or two that made me go, “What the hell?” in response to it. But this – I just don’t get it. What am I not seeing? Why doesn’t it make me want to go stroke a kitten for comfort? 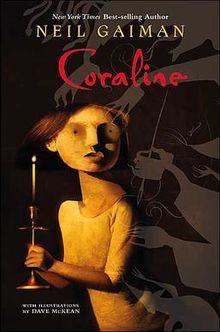 Even the cover to my copy of the book hinted at creepy things and darkness!

I just didn’t see it. Any of it. Maybe it was the way the book was written? I know I wasn’t the target audience for this, but I was hoping to be at least a little unsettled, and instead I was just reading this book with a blank expression, not really reacting to much, and there seemed to be little payoff for my struggle with the story. It got to the point where I was tempted to not even read the last chapter, because after Coraline returns to the real world and everything seems fine again, there’s still one little pesky thing the Other world left behind for her. One little thing that was supposed to be disturbing and weird, but I was just left feeling annoyed that it was even there. 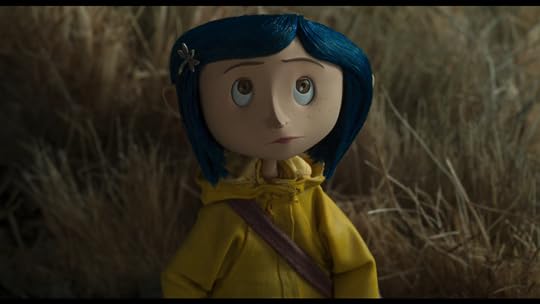 Even Coraline agrees with me!

I just don’t get it. I already know Gaiman is a fantastic writer, but he and I just weren’t on the same page here. It’s a shame, too, because I could tell how creepy it was – for some reason it just didn’t faze me. Hopefully I’ll like the next book of his that I pick up better. 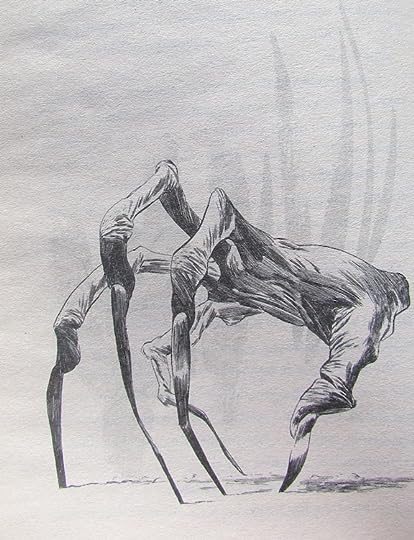 Nope. This still doesn’t creep me out the way it should. Sorry, Gaiman.