I was introduced to K.R. Martin through his popular YouTube show The Book was Better. I thoroughly enjoy Martin’s content and review style, and admire that he loves reading as much as he does. As such, I was looking at one of his videos one day, and in this video he mentioned that he wrote a book a while back. It interested me, but I didn’t really think to pick it up just yet. I finally did yesterday, and I have to say that he did not disappoint. 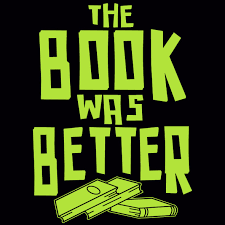 This story, while told through a pretty cynical viewpoint, had a snap to it that made it very hard to put down. While I don’t often enjoy books with a lot of action or peril in them, Martin takes what I would normally call boring, and makes it enthralling. He does so by creating an incredible, yet still believable, protagonist, a man weighed down by living a life ten times as long as real time.

While enthralling, Martin also makes the main character as humane as possible, showing a different kind of superhero: one who looks at the world in such a way that he will help it along as much as he can, even if his cynicism stops him from hoping for the best.


“Second, about how I got my powers. I’ve been asked that very question by every fan, friend, casualty, reporter, naysayer, detractor, cop, and every federal agent of every country I’ve visited, plus four Kings and Queens of Britain, and twelve United States Presidents, and I’m going to give you the same answer. I don’t fucking know! I was just born with them and they are a natural extension of my will!”

This is how Clarke starts out: frustrated and upset, with a loss of hope for the future. Mainly because he has lost hope for himself in living for an odd three hundred years, with no chance of escape from the world’s evils. He has detached from humanity in the worst way possible, carrying the weight of the world on his shoulders, which as we can see, has weighed him down to the point of near dysfunction.

Martin’s insight on a man who is weighed down in such a way is done to the point of being completely believable. While I tend to be an optimist, I could see clearly why Clarke is as cynical as he is. We may believe in our hearts that we want immortality and the inability to be hurt, but in giving Clarke just that, Martin makes a poignant commentary on what can happen when we use that power to put ourselves last and everyone else around us first. We cannot take care of others if we do not take care of ourselves first.


“Richard Clarke aimlessly wandered the streets of downtown Detroit. Derelict buildings towered above him on all sides. He looked at home in the dismal setting with his wrinkled trench coat and days old beard. He hadn’t showered in almost a week and his short disheveled hair showed it. However, despite his poor hygiene, any passerby would have sworn he smelled like a freshly cut lawn. Clarke chose the smell since it was one of the few things left that made him feel anything.”

Martin points to WWII being the main start of Clarke’s personal downfall. Clarke wasn’t always like this, and we see what happens when trauma becomes a person’s entire being. I found this portrayal particularly beautiful.


“He was just going in circles, extinguishing what little he could. He was tired of leaving place after place, reestablishing himself in each new city. World War II had ruined him, and he had been killing ever since.”

Herein lies Martin’s main message, that when you let trauma define you, it does nothing but ruin how you look at life. Cynicism plagues Clarke’s life, but deep down, he doesn’t want that, and is finally able to admit that to himself once he realizes just how far he has gone.


“He had all the power he could ever want, but it still wasn’t enough. He was human, just like everyone else, with flaws, failings, and too much anger for one man.”

The story ends somewhat abruptly, but it is that way so you get time to think about it. I thought it was rather abrupt at first, only to look back on it and think over what it really meant. That’s really the biggest strength of this book. The significance of it won’t hit you right away, but when it does, it is beautiful.

Bottom line, I enjoyed it much more than I expected to and I’m really happy I came across Martin’s work (both on YouTube and in the literary world).