Titanic by Filson Young
My rating: 4 of 5 stars

They said she was unsinkable. They said she was paradise. She turned out to be a fool’s paradise.
I’ll admit that the only reason that I read this book was because my favorite singer is releasing his own “film scores” based on historical events, and the sinking of the Titanic happened to be the second score released by him. He told a story, all right, but I wanted to know more. So when I found this book on iBooks (for free) I picked it up immediately.
This one took me longer than it would usually take me to read a book this length due to my lately-busy life, but I enjoyed the journey it took me on. I almost felt as if I were a passenger aboard the ship and I understood the allure of this sunken paradise and understood why people thought it infallible. As someone who has been on two cruises in her life, I remember also feeling that the ship sinking would be near impossible (I was on the same ship both times).
I think that the main reason that she is so well-remembered and so mourned is because her sinking was a wake-up call for more safety measures on cruise ships (i.e. more lifeboats)! They say that every once in a while nature wakes us up and reminds us that the human race is ruled by nature and not the other way around.
A beautifully tragic story that shows the fragility of life.

Just so you can see it for yourself, this is the cover art for the album that inspired me to read this book. 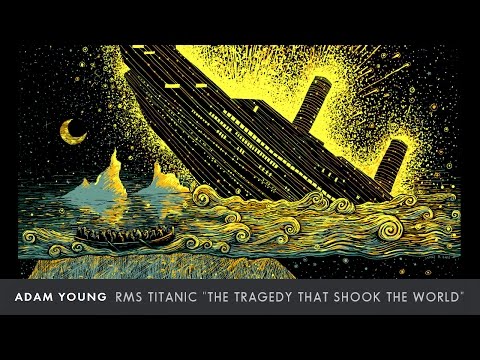